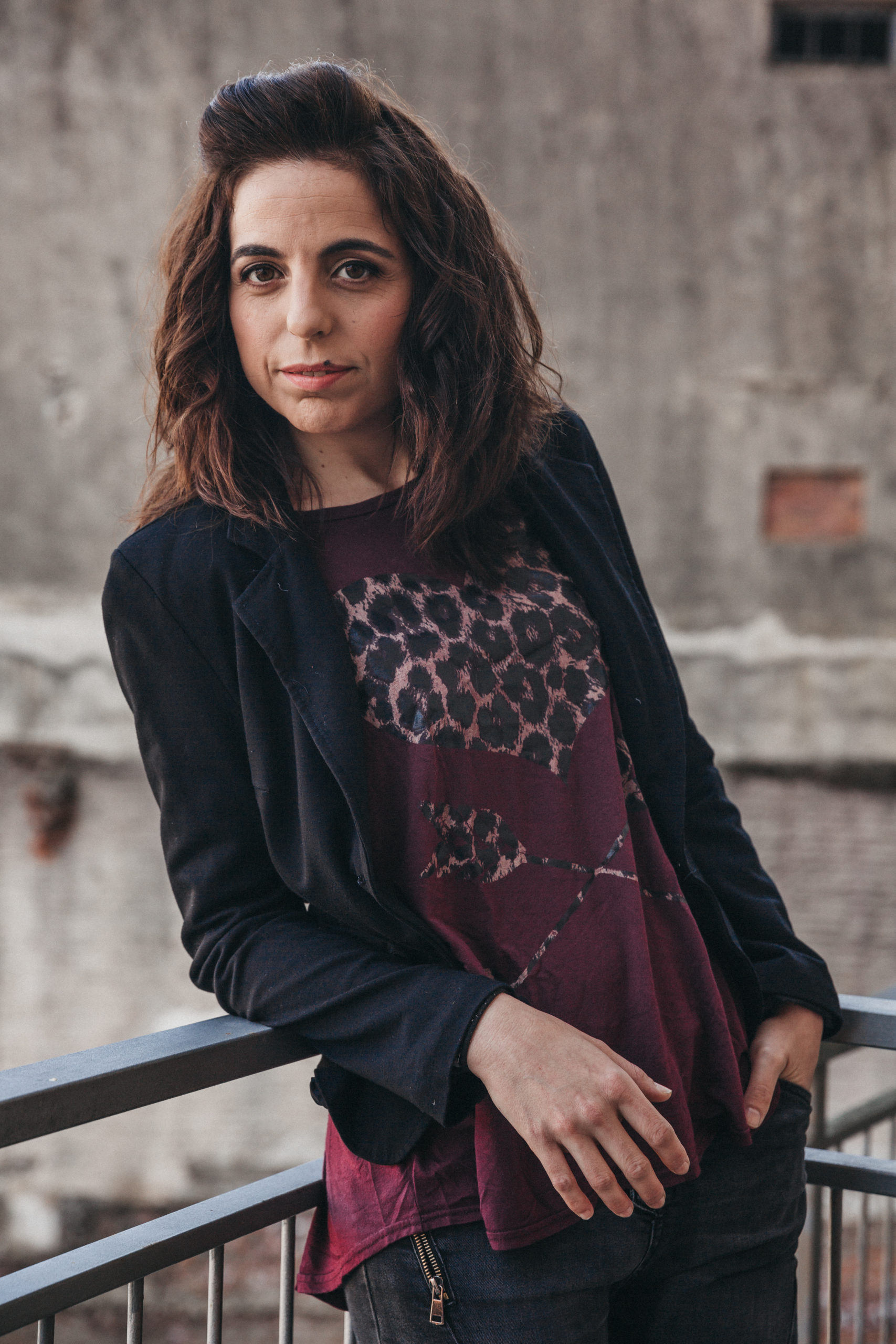 With a professional base in the Basque Country, she began her theatrical training in the amateur theater group “Kili Kolo” in Eibar in 1998, she continues in the “Performing Arts Workshop” in Vitoria (2001). At the same year she obtained the Medium Degree in Music with a specialty in piano and in 2004 she graduated in Sciences of Physical Activity and Sports from the UPV. Her interest in corporal expression and gesture led her to finish her degree in Lisbon where she deepened in dance. During these years between Eibar, Vitoria and Lisbon she did several courses in physical theater (Legaleon-T, YindeYan, Pablo Ibarluzea), dance (Moare dance, Traspasos…) and clown (Ana Pérez, Virginia Imaz, Javier Alcorta “Txortas”) and begins her journey as a narrator.

Her interest in the clown and the buffoon led her to study at “Bont’s International Clown School” in Ibiza in 2007 and to this day she continues her training with teachers such as Elice Ouvrier-Buffet, Nola Rae, Jonathan Young, Philippe Gaulier … In 2008 she founded her own company Zurrumurru with various productions such as “El Circo de La Pulga” or “Clownstrofobia en el campo” where she worked until 2015. During this period, she also collaborated with the company En La Lona, highlighting “Exodo” which she performed at various regional and international festivals in the Czech Republic, France, Belgium, and Malaysia.

During 2015 and 2016 she complemented her training in physical theater at LISPA (London International School of Performing Arts) between London and Berlin. After that impulse, in 2017 she created NAITA Produkzioak from where she collaborates nowadays with artists and companies such as Zurrunka Teatro in “AIOKO”, Cía Goitibera in “Amatxik Dixit” and Uluak Teatro in “Maite”. As an actress, she has worked with Laurentzi Producciones and Lekim Animaciones and currently she is in “Pinocchio” by Gorakada Teatro, in which they have won the 2020 FETEN award for best direction.